Last week I was lucky enough to have a little European adventure. My boredom threshold on planes and trains is pretty low though so there’s always space in my travel bag for essentials i.e. a good book and a crafty project. Anne Frank’s diary was the book of choice, as I had a ticket to see the house in Amsterdam where the family were in hiding. I only had a few hours to look around the city but I crammed a lot in. By the time I’d got on the train to Arnhem my Fitbit had registered well over 20000 steps! 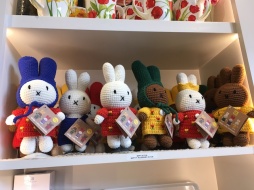 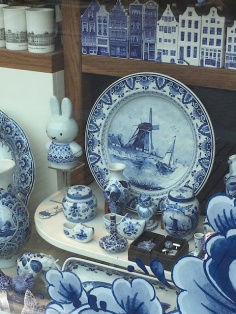 Together with a friend, I boarded the Ice Train to Cologne. My crafty project for the ride was the second block of Simply Crochet magazine’s Hook ‘N’ Learn blanket (What’s Hooking? post). The first block has now been released as a free pattern if you missed it. This was a good choice as I only needed one ball of yarn packed in the smallest of the bags I made in my Four Bags Full post.

So that’s my first tip for travelling with crochet: take a single colour project. There’s not enough space to be rummaging in a bag under your seat for a new colour yarn every few rows!

I hadn’t appreciated just how deliciously waffly the stitch would look in this shade until I saw them for sale in a Dutch bakery. Add a little icing sugar and spot the difference! 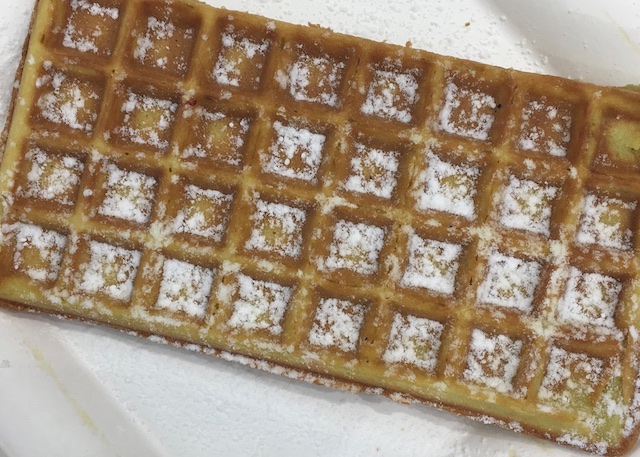 My second tip would be to invest in a few gadgets. I do love a gadget! Airlines differ in what they allow but I’ve never had any problem taking my usual favourite Clover Soft Touch Hooks. I always take a spare plastic hook though just in case mine is confiscated. Crochet Lite hooks light up and I’ve used these when I’ve been a car or coach passenger and the daylight has started to go.

My Clover yarn cutter pendant comes in very handy when scissors are not allowed. Admittedly it doesn’t cut quite as cleanly as scissors so I usually trim again and sew in the ends when I get home. I’ve also taken my HiyaHiya Puppy Snips on flights and never had a problem carrying them (you can also get Kitty Snips and even Octopus Snips if puppies are not your thing!).

My absolute favourite is the leather wrist ruler that I bought from Beyond Measure at Yarndale 2017. So handy for checking dimensions. I wear this all the time, travelling or not. 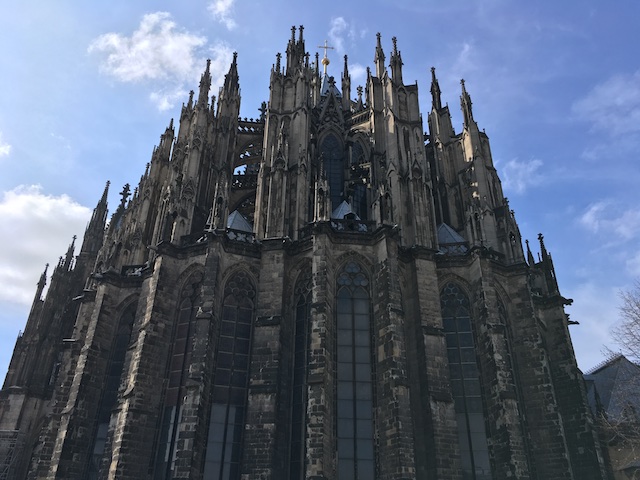 Many more steps were banked in Cologne. Even just walking all the way around the immense cathedral was quite an expedition. Feeling the warmth of the sun was just wonderful. We’re still waiting for Spring in the UK. It’s April and still snowing! 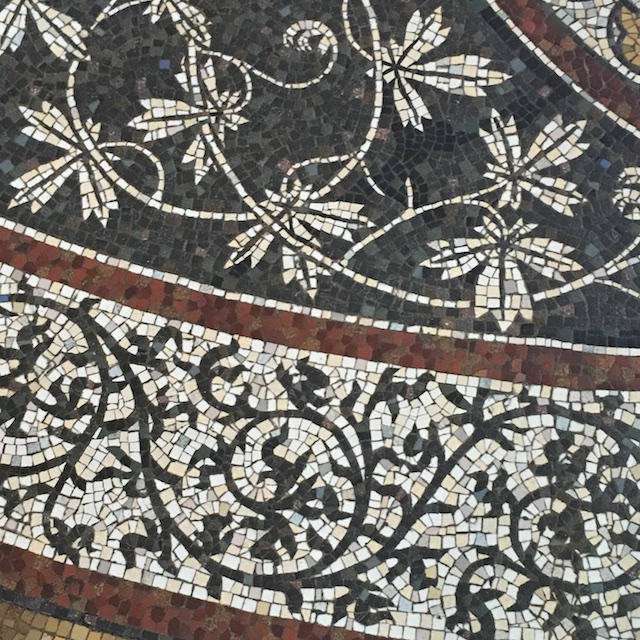 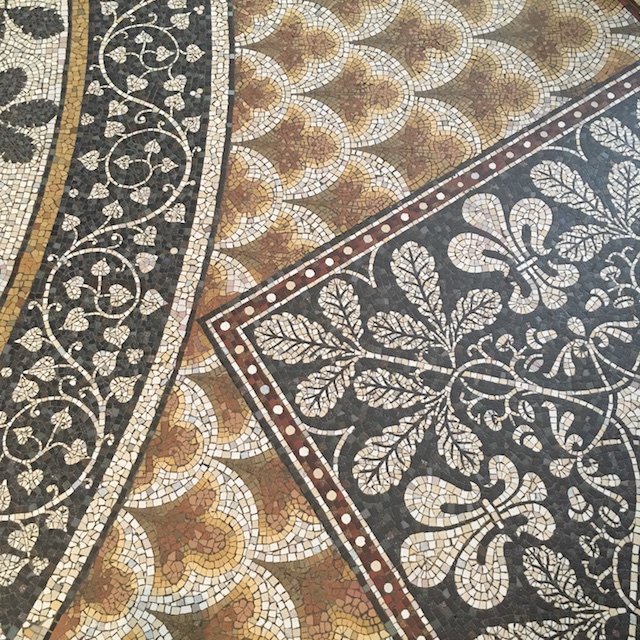 Travel always feeds creativity and ideas. I was really taken with the mosaic cathedral floor. I’ll add these images and notes of my ideas to my bank of inspiration for future projects.

View all posts by bizzymitts

One thought on “Have Yarn Will Travel”